Top 5 Leisure, Amusement and Theme Parks in the Philippines

Top 5 Leisure, Amusement and Theme Parks in the Philippines

When spending time in the Philippines, local and foreign tourist  never run out of travel ideas and leisure activities/adventures. In fact, I haven’t been in the other regions of the country particularly those that involve rigid traveling. Philippines offers a year long chill and relax atmosphere, from summer all the way to season with bright white christmas lights doesn’t really bother – peak or not peak at all. The 7,100 plus islands has always something amazing to experience.

END_OF_DOCUMENT_TOKEN_TO_BE_REPLACED

By Daryll Villena, 7 years ago

Since the construction of the expanded foot bridge in front of McDonald’s Commonwealth, the supposed annual “baratillo” vendors were transferred a few meters from its original location. The whole 4th quarter of 2012, the sidewalks and front areas of New Capitol Estates 1 were fully consumed by “tiangge” vendors. These stalls are apparently organized by Quezon City government headed by Mayor Herbert Bautista. Not to mention tarpaulins from what netizens referred as “epal” politicians were frequently adores this sidewalk. 🙂

By Daryll Villena, 7 years ago

How to get there, where to stay, what to see and eat
Travel Guide: Accommodation, itinerary and places to see when planning a trip to Talipanan Beach

Planning  a trip – ala beach vacation, away from the hustle and bustle of the main stream beaches in Oriental Mindoro. A newly developed beachfront – Talipanan Beach curiously booming and  the choice among those who find serenity and lucid island getaway. 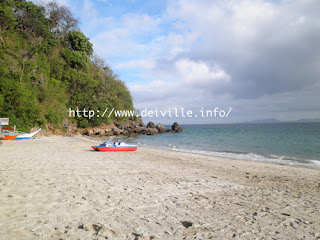 How To Get There

END_OF_DOCUMENT_TOKEN_TO_BE_REPLACED

By Daryll Villena, 8 years ago

Sandbar is a diving site and frequently host seasonal water sport activities. The place was absolute haven, an island between sea shores. From our island hopping, Sandbar was the last stop. I wanted to go back around and spend more time on this place, tourist and locals who wanted to check out the sandbar, may have to pay entrance fee if you are not checked-in, we did not pay the entrance because we dined-in for a while.

END_OF_DOCUMENT_TOKEN_TO_BE_REPLACED

By Daryll Villena, 8 years ago

The La Mesa Ecopark was only 10-minutes drive away from our residence and yet we only get to visit the park only this April. The place being an ecopark is packed with eco-adventures. 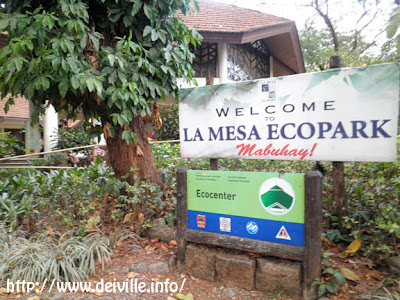 END_OF_DOCUMENT_TOKEN_TO_BE_REPLACED
By Daryll Villena, 9 years ago

Best things to do in Zoobic Safari Summer is approaching and I ought to write our Zoobic adventure last 2009. To remind readers, this blog site sprouted last August of 2010 out of boredom. Let’s back track…   We love Subic, its beaches, duty free shopping stores, foreign-theme restaurants, and Read more…

A little bit of sunshine! Day 16 of quary. .Quez

Thank you to our FRONTLINERS who are working tirel

Business Tips: What to do during and after the eme

#covid19ph Essential Things to do During COVID-19

Best things to do during home quarantine. MNL. <1

Any cookies that may not be particularly necessary for the website to function and is used specifically to collect user personal data via analytics, ads, other embedded contents are termed as non-necessary cookies. It is mandatory to procure user consent prior to running these cookies on your website.