Published by Daryll Villena on November 10, 2012

One for the Record: Anne Curtis and 1,000 plus Doctors Danced for 12 Pinays

Manila Philippines, November 8, 2012 – Almost 1,146 doctors set new Guinness World Records for the First Large Number of Dancing Doctors to Fight A Disease. No these doctors don’t mean to outrun and outwit the dancing inmates of Cebu, the dance campaign aims to raise health awareness for women’s dreaded disease – the cervical cancer. Over 7,000 new cases are reported annually, with an average of 12 Filipino women who are about to die tomorrow because of a fatal but highly preventable disease. Cervical cancer prevention is timely needed because all women are at risk — all women regardless of age, lifestyle or economic status. Vaccination alongside screening is a woman’s best defense against the killer cancer.

On 12 Filipinas
12 Filipinas die of Cervical Cancer and also the second biggest cause of female cancer mortality in the country.

Leading Obstetrical Gynecologists and more than 1500 other doctors will temporarily trade their stethoscope and lab coats for a pair of dancing shoes and swing their way to raising funds to fight Cervical Cancer.

The dancefest organized by Philippines Obstetrical and Gynecological Society (POGS) and sponsored by GSK Philippines was tagged as “Beat It!: Fighting Cervical Cancer One Beat At A Time” held last Thursday night at the Plenary Hall of the Philippine International Convention Center. The event highlighted the participation of doctors dancing for almost 1 hour to the beat assisted by Jason Zamora of the Maneuvers, the Philippine All Stars and Anne Curtis. Watch out for the final released of the record-setting 5-minute dancefest video on YouTube from the event organizers. The dancefest played with the music from the past to present era! =)

Featuring the Dancing Doctors of the Philippines

The warm-up started with Psy’s “Gangnam Style” while Anne Curtis open the program with Carly Rae Jepsen’s “Call Me Maybe”. The dancing doctors groove to the rhythm of Naughty By Natures’ Hip Hop Hooray, MC Hammer’s Too Legit To Quit and with final dance music from Michael Jackson’s BEAT IT!

In the Philippines, Filipino women are exposed to the human papillomavirus (HPV) – a virus that women get through intimate encounters. 80% of women with active and intimate experiences are prone to get HPV at some time in their lives. Consider when these women are exposed to the cancer-causing strains of this virus, it will eventually lead to cervical cancer. Philippines also has the lowest 5 year survival rate in the world.

“What is worse is that cervical cancer can be asymptomatic during its early stages when it’s most treatable – and women discover they have it when the disease has severely progressed,” mentions Dr. delos Reyes,POGS President.

According to Bing Salandan (GSK Philippines’ Product Manager) GSK Philippines supported the event because the group believe that through this dance event, they could help in encouraging Filipino women to be mindful of their health by taking care of themselves – not just through exercise and well-balanced diet, but most importantly making sure that every women are protected from disease by having and completing a shot(s) of anti-cervical cancer vaccines.

http://i994.photobucket.com/albums/af67/daryll_dial/deiville/fighting-cervical-cancer-pogs-deiville-13.jpg
Doctors are more fun in the Philippines =)

Apart from the awareness, the dancefest lead to accumulating approximately 1,400 anti-cervical cancer vaccines for the participating regions nationwide. Each doctor who signed up for the dance event will received one vaccine for them to share to their community, FREE of charge. On top of that, winning regions from the dancefest will receive another vaccine. The doctors’ dancing skills and effort has really paid off, imagine the number of free vaccines to be given away to the Filipino women who are greatly in need of it and cannot afford it, a worthy cause from POGS and GSK PH. =)

More photos from the dancing doctors (POGS) – “Beat It!: Fighting Cervical Cancer One Beat At A Time”
Photobucket Media http://s994.beta.photobucket.com/user/daryll_dial/library/deiville

DeiVille.com, created by Green Dei (Daryll)
Follow @GreenDei and Like our Official Facebook Page: Dei-Ville
Write us at darylldial(@)gmail(dot)com for tips on consumerism, digital marketing, social media scenes and SEO.

Full Disclosure: This article is being published based on my written opinions. No business relationship involved with any company or organization promoting this event.

Great! I saw this event on TV but I never expected to see you. Pero madaming nakakita sayo sa event na ito. Too bad, I wasn’t able to join you. I could’ve helped promote the cause of making women to become more aware of their health. Kudos to GSK for this project. Sana may next time, para makasali rin ako!

You did? I must have look pale and blue! 🙂 No worries, there will be more important events to look and bloggers (who was invited by some other blogger) who showed interest should be committed enough to cover the “actual” and event highlight. Not just taking photos in-vain photos and ran away to another gig. The most important part was the brief presscon they allow media to get the real “message” of why are they having this and that advocacy. You know what Vance, those who were at the event until the every end, where media practitioners from DOH, Manila Bulleting, Manila Times, Solar Sports, TV 5, Health Magazine and other TV networks; who want to get extra juices, and really I admire their behaviour, job responsibility and respect to the event organizers.

Prevention is always better than cure so events like this really helps promote awareness on cervical cancer and means to avoid it.

This has been a yearly campaign. With the social media’s help, I hope that this will last and that more people will become aware of it.

WoW another Guinness record set! I got several invites for this one.. sadly, schedules did not permit me to join this worthwhile event. Congratulations to all the organizers and supporters! CANCER is a preventable disease!

that’s a lot of dancing doctors! 🙂 Let us all support this campaign and help prevent Cervical Cancer! 🙂

I want to take part in these kinds of campaigns. I’m so very into health and prolly next time when I’m not busy, I’ll be able to be there.

really wonderful event with a great cause! we really need to be informed to stay fit and healthy. Congratulations to the Philippine government for going all out educating women of all ages and all walks of life.

Cervical cancer patients are some of the unforgettable patients I have encountered during my rotation in the OB-Gyne wards of PGH back in the day. Women now are fortunate they have the means to prevent this deadly and unpleasant disease.

About this event, I must say the choices of the songs were so random and even funny! They must have had a lot of fun, knowing these are all OBs!

Hmm it seems like your blog ate my first comment (it was extremely long) so I
guess I’ll just sum it up what I had written and say, I’m
thoroughly enjoying your blog. I as well am an aspiring
blog blogger but I’m still new to everything. Do you have any helpful hints for first-time blog writers? I’d
genuinely appreciate it.

Who is the impostor? #amongus #amongusphThe bo

The avatar of 2020 Tho nothing beats #bitmojiDa

Error: API requests are being delayed for this account. New posts will not be retrieved. 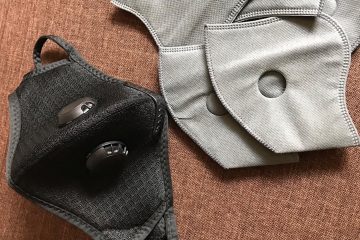 Where to buy stylish face masks in Manila via online

Tips for would-be face mask wearers A list of recommended online shops in Manila that sells stylish face masks to wear for the new normal And the also the worst purchase so far. Given the Read more…

Things to do with the new normal – Post ECQ

Guide to New Normal In the Philippines, Manila being the epicenter of the global pandemic will self-build a habit towards the road to new normal. A perspective of how we live, until the Covid-19 vaccine Read more…

Wuhan-CoV or 2019 nCoV Ways to prevent the coronavirus What is a coronavirus? A coronavirus is a kind of common virus that causes an infection in your nose, sinuses, or upper throat. Most coronaviruses are Read more…