Benzoyl peroxide is not harmful as perceive by most people who had experienced improper application or less knowledge of the product that contains BPO. In fact it is considered by dermatologists as the smart choice for acne medication.

Benzoyl Peroxide (BPO) has been known to be a compound that fights acne from getting worse. What most people are afraid of are the misconceptions that surrounds it, such as, “your skin gets addicted to it” and more popularly, “quitting its application will make acne faster and with a vengeance”. These are just some of the reasons why people tend to shy away from a relatively cheaper and effective way in treating acne. The only probable and logical reason to avoid BPO is having an allergic reaction to it.

END_OF_DOCUMENT_TOKEN_TO_BE_REPLACED

By Daryll Villena, 4 years ago

Proactiv brings Treat without the Tricks 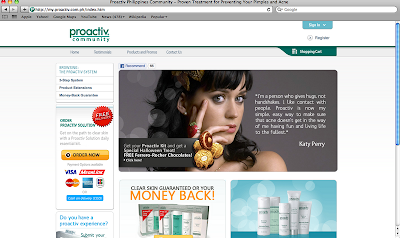 It’s Halloween,  the time of year when kids go gaga over fancy candies and chocolates. But hey, kids are sometimes fooled with tricks of getting nothin’ and this is the part where parents gets stressed with annoying child hungry for sweets. And when parents get so much pressured, literally everything is in jeopardy from irritating mood to high blood, really ugly facial expression to the point they developed tired eyes, dry skin and worst acne!  I have a solution to suggest, came across Katy Perry’s online image from Proactiv’s Trick or Treat Promo, she was displaying FREE Ferrero-Rocher chocolates! How’s that for a treat mom and dad?
END_OF_DOCUMENT_TOKEN_TO_BE_REPLACED
By Daryll Villena, 9 years ago 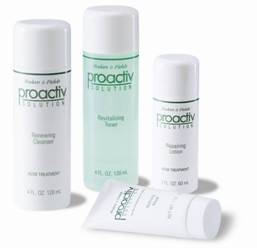 Women have tried and tested numerous brands particularly to get rid of the irritating outbreaks of skin lesion, the acne or commonly known as pimples. Men however are also becoming more concern with their physical outlook. There are certain brands that are sub-categorized for ladies’ and gents’ consumption respectively.
END_OF_DOCUMENT_TOKEN_TO_BE_REPLACED
By Daryll Villena, 9 years ago

Who is the impostor? #amongus #amongusphThe bo

The avatar of 2020 Tho nothing beats #bitmojiDa